Just about everyone I know loves The Princess Bride movie. I have my own copy and watch it on occasion. Of course the main and most beloved characters are Buttercup, the Dread Pirate Roberts (beloved Wesley), and Inigo Montoya. Recently I was invited to a costumed going away party for a friend, and I only had a day to figure out what to wear, and it came to me that making a good Dread Pirate Roberts costume could be doable on the fly, so I got on my scooter and hit the DAV, Goodwill and The Salvation Army in search of as many things as I could find to build the costume I needed fast. 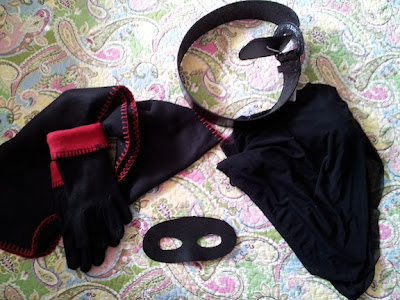 *Gloves (I couldn't find anything like what I wanted but found a felt glove and scarf set that I felt I could use to create the right style of glove).
*Wide belt from DAV.
*Big black scarf from DAV for the head covering. 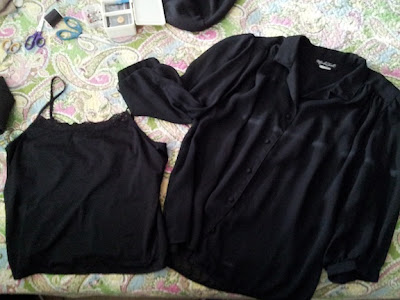 *Black shirt with loose puffy sleeves from the DAV (that light line is just sunshine coming in through my blinds).
*Camisole from Goodwill, since this shirt was somewhat see-through. 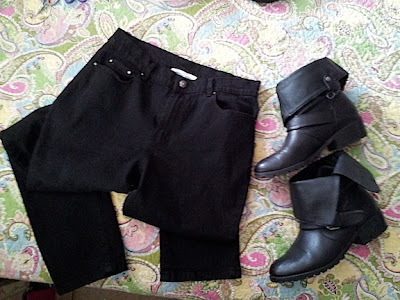 *Black pants from the Salvation Army.
*Boots (I was lucky enough to already have some great pirate-style boots).

When you are making costumes thrift stores can be your best friends. I find most of the bits and pieces I need to make my costumes at thrift stores. Sometimes I can use them the way they are and sometimes I alter them to my needs. When I can't get what I want from the thrift store I go to the fabric or craft stores and make things myself.

I had a costume! Except the gloves weren't right. I needed them to have gauntlets, so I had to make some adjustments. 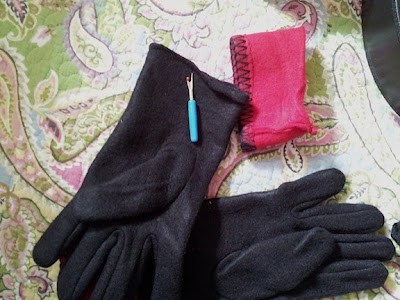 I used a seam ripper to take the red parts off of the felt gloves. 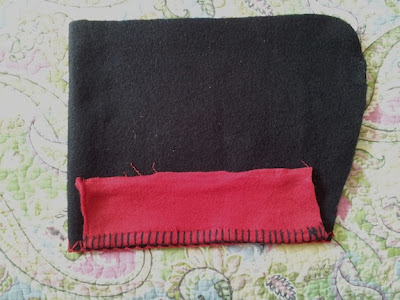 Next I utilized the scarf by cutting it in half and folding each half in half. Then I measured around the edge of the top of the gloves and cut out two glove tops that looked similar to the gloves in the picture I had of the Dread Pirate Roberts. I made sure the bottom edge of the gauntlet pieces were the same length as the circumference of the tops of the gloves (if your glove measured ten inches around the top, the bottom edge of your folded piece would be ten inches, plus maybe 1/4 inch extra for when you stitch and turn the gauntlet). 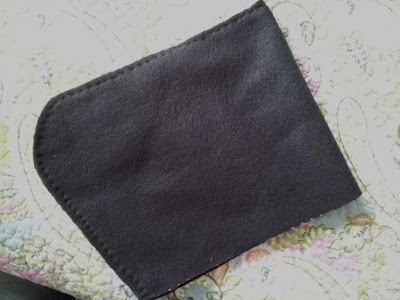 I trimmed away any red, pinned it together (inside out) and hand-stitched around the curved edge about 1/4 inch from the edge (you could do this on the sewing machine, too). Then I turned the gauntlet right-side-out. 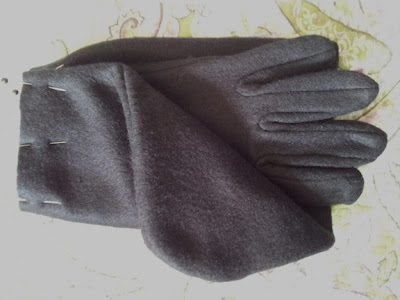 Here's where the tricky part came in (I did it backwards the first time and had to re-do it). When I attached my gauntlet to the main glove I had to be careful. I laid out each glove, right-side-out, thumb-side down. Place the gauntlet on each glove so that the curved part was aligned to the side where my pinky finger would go (I was also careful to make sure the side of the gauntlet I wanted people to see was facing in towards the glove). Then I pinned the gauntlet to the edge of the glove, stitched around the edge and turned the gauntlet right side out. 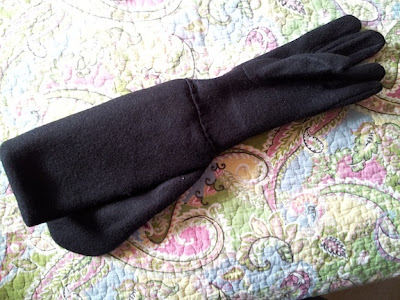 Here's one of my gauntlet gloves from the thumb side. 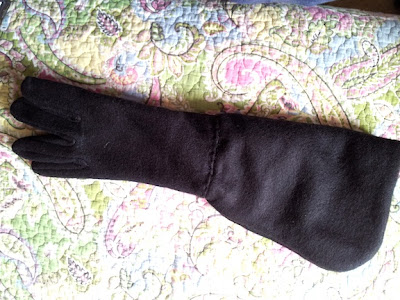 And this is the pic of my gauntlet from the top. Notice how the curved part is on the side of the pinky finger.


When I put it all together this was the result:


The only piece I forgot to do was the little black bag the Dread Pirate Roberts carries attached to his belt. I was also bummed that I couldn't get a long sword at the last minute, so I had to use a pirate sword. When I wear the costume again I'll correct that.